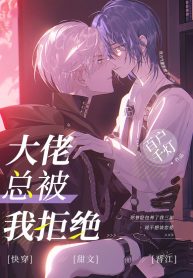 4th, it has 1K monthly view

Bo Xiyun had been transmigrating into one world after another. He just wanted to recuperate quietly but kept having weird interactions with a big shot.

For example, the note he passed to the God of Studies offhandedly resulted in weird expressions from fellow classmates who told him, “You are still infatuated with him? You have no chance.”

Bo Xiyun: “…I am secretly infatuated with him?”

Holding the note, the God of Studies who had been quiet the entire time suddenly spoke up, “That’s not true.”

Bo Xiyun sighed in relief. He just didn’t know how to act in a love drama.

The God of Studies continued low and cold, “It was you who rejected me.”

The consequence of rejecting the God of Studies was finally realizing what the true meaning of being passionate was.

There’s nothing wrong with being passionate, just that it was tough on the waist.

In the next world, Bo Xiyun became bankrupt, and when faced with a contract, thoroughly rejected him by saying——

“I don’t want to be a kept man, I prefer love on an equal footing.”

Such a cold-faced big shot who was used to his status as the top of the food chain will definitely not be willing to be in an equal relationship. Bo Xiyun just wanted him to get angry and leave.

He looked into this pair of eyes, so similar to the God of Studies, and felt lingering trauma.

The other party stared at him silently, his voice calm, “You had agreed previously to be my provider for three years and didn’t want to be in a relationship.”

The consequence of rejecting the big shot was, one thousand nine hundred and fifteen nights, one night less and it wasn’t three years.

Even after paying off this world’s debt, there was still the next world on the list.

In the end, Bo Xiyun finally realized. He may be cold and distant but when he falls, his passion has no end, like the sea.

Want to support us?
Buy us a Coffee!

Register For This Site.

Please enter your username or email address. You will receive a link to create a new password via email.